Anttoni Aniebonam: Taking glucose to the next level 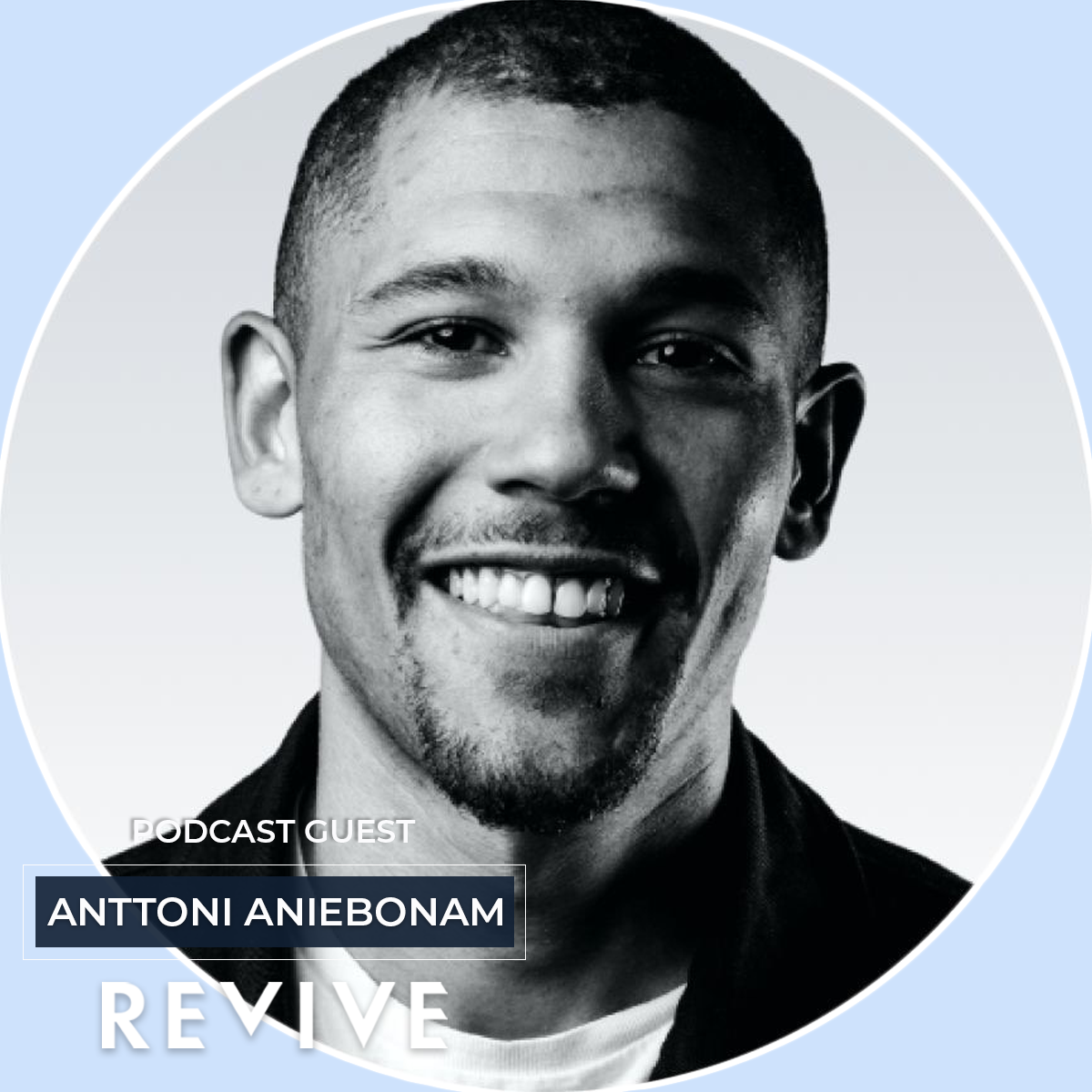 In this episode of Revive podcast we talk about Veri, which is a health technology start-up. As the company’s name suggests (veri = blood in Finnish), Veri is a device connected to a mobile app that measures its users’ blood glucose levels, and the collected information can be used for a variety of purposes. We are honored to have Anttoni Aniebonam, the CEO of Veri, as our guest in this episode.

How are you today, Anttoni?

To begin with, could you tell us a bit about yourself: who are you, what did you study and what do you do now?

Did you know from the beginning that you wanted to create a company like Veri, or how did your entrepreneurship journey start?

So when did you get started with Veri?

After 2017, when Kiuas had been launched and the next board of Aaltoes took the leadership of the ongoing projects here in Finland, Verneri and I received an opportunity to go and expand Kiuas’s agenda to China. It was in Chengdu, China, where we took the initial steps to create Veri. On that trip we were reading a book called Ten Percent Human that talks about the microbiome and how the gut is our second brain, and we found ourselves rambling about these topics night after night in our 5-square meter room where we were staying together. We were talking about how wrong it was that we knew so little about your metabolism, and how most of the global human population is metabolically ill and dies from preventable chronic diseases like type 2 diabetes, prediabetes, obesity and insulin resistance.

Since we had both been through experiences that had forced us to understand the importance of holistic wellbeing and nutrition at a very young age, we came up with the idea that we wanted to do something in that field. We started investigating the field very deeply and came to the conclusion that we would either work on something related to the microbiome or to glucose and insulin pathway modeling. We soon noticed that the microbiome field was still in its infancy but already very saturated, so it didn’t end up seeming like a competent option at that time. Since the beginning of Veri Verneri and I have been extremely passionate about user experience, and when it came to the available technologies to measure the microbiome, it did not seem like a match.. If you want to know why just find out how the microbiome is measured. Besides, the science behind it is still rather poorly known.

So finally, after studying glucose and insulin regulation, we were listening to a podcast about a San Francisco based company called HVMN. The guys from HVMN had started to measure their blood sugar levels for fun, and it occurred to us that there could be something more to that. We started thinking that if we could better understand our blood sugar and the effect that our lifestyle has on it and vice versa, it could prevent us from going to the direction of poor health that unfortunately the whole world seems to be going towards.

The next step was acquiring the sensors, which were actually sensors commonly used by diabetics. The data that we were able to collect was mind-blowing: the sensor was able to give us high quality medical level data via a user interface that was very easy to use. However the user experience and software layers were very weak. The sensor was made for diabetics, so it didn’t serve the needs of a user that wants to track the effects that his lifestyle has on his blood sugar. At that point it wasn’t any clear that there would be a market for this, so that’s what we started to go after by first creating a product that would serve our closest community. The device itself was ready as it was, it was doing the function that it needed to do: it gave us time series data every five minutes. The thing that was missing was the software.

What benefits does the product offer for a healthy user in their everyday life? In other words, what does one get out of it?

Let’s talk about how Veri functions in practice. Let’s say that I buy the device and it starts collecting my data - what’s next?

In long-term use of the application you will collect a food library that helps you to see which foods are optimal to your body. In the background we collect data from your Apple Health to match the data from your sleep and physical activity with the data collected by Veri in order to understand your health more holistically. Veri by itself serves the best in the field of guiding your diet, and in long-term use we can start giving you advice on what foods you should eat in certain conditions, such as “you’ve slept five hours last night, and you have been prone to blood sugar spikes during your sleep every time you have consumed these foods, so we recommend you eat these foods that have not caused blood sugar spikes in the past” or “your sports performances have always been better after consuming these things before training, so try and eat these things before the half marathon that you are going to run today”.

How about your personal diet? Have you had any enlightening experiences, such as having thought that some food is good for you and noticing that actually it isn't?

Besides understanding what I eat, I’ve also learned about different layers: it’s not enough to think about what you eat but also in what conditions you eat. For example, I try to eat during daylight hours because many studies show that nighttime workers suffer a lot more health problems, especially obesity, compared to daytime workers. I’ve also noticed that it matters in which order you eat different foods: it’s good to mix fats and carbohydrates with each other - eating just pancakes with syrup easily becomes a doomed case (as it is mainly just carbohydrates).

Some funny things that I’ve discovered is that for example bananas and porridge are catastrophes for my glucose levels, though they are foods that are generally thought of as quite basic and healthy. The interesting part is that when I have compared results with friends or even inside my family, the results vary a lot. Actually, there is a very interesting research executed in King’s College that studied identical twins and the differences in their glucose levels. The research included a part where their glucose response of the twins was measured after they ate a muffin and a banana. Turned out that their responses were completely different: the glucose levels of one twin spiked after eating the muffin, and the levels of the other spiked after eating the banana. This demonstrates that what your body metabolizes is very personal and up to the circumstances, which are things that we at Veri wish to shed more light to.

Noor: That’s very interesting! There are so many fitness athletes sharing their diet plans to thousands and thousands of followers on the internet - no wonder that it does not work for everybody.

Miisa: Yeah, exactly, though the nutrition plans of those fitness influencers might be adjusted to your body weight when it comes to the portion sizes, it is possible that the ingredients of the meals do not fit you at all.

What kind of recommendations or guidelines do you have when it comes to the amount of time that the Veri sensor should be used?

At what stage is Veri now? Can I go and buy a device already?

It has been very interesting to learn about Veri, what you’re doing is definitely something that is still quite rare on the market if you don’t have diabetes or some other illness. It’s very different from any other health technology available right now.

Thank you so much Anttoni for joining this episode, this has been super informative and interesting, and we’re definitely going on the waitlist for Veri right away.

Listen to this episode (in Finnish) on Spotify: https://open.spotify.com/show/6YPOqh5IGHTCOTA7hKVe6R?si=J2ghOKziSyiOewSPtQEHbQ

To learn more about Veri and to join the waitlist, visit the company’s website at https://www.veristable.com

Follow @revive.aaltoes and @revive.podi on Instagram to stay up to date with the most recent events and podcast episodes!

Have a great day and stay tuned for the next episode! :)

We are in the beginning and now is the excellent opportunity to become an partner or volunteer. We are still playing and exploring the best ways to approach the topic - with clever entrepreneurial Aaltoes attitude.
GET IN TOUCH

Revive is organized by Aaltoes
Follow us on social media